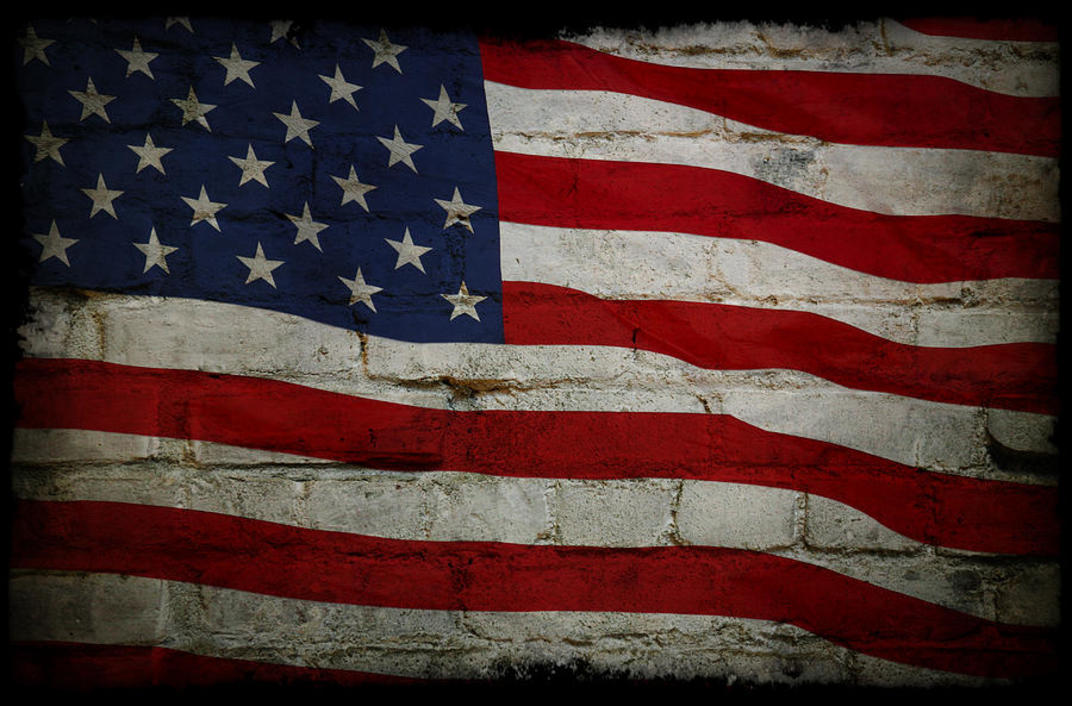 Being Black in America is Bad for Your Health

"Of all the forms of inequality, injustice in health is the most shocking and the most inhuman because it often results in physical death."*

It is no secret that discrimination finds many ways to destroy those in its path. In 2015, journalist and cultural critic Ta-Nehisi Coates drew attention to the physicality of racial discrimination, writing that in America, "it is traditional to destroy the Black body—it is heritage." Violent events like the killings of worshippers in Charleston by a terrorist or the killings of Michael Brown, Tamir Rice and Laquan McDonald by police dominate what conversations we have about race. We need more conversation about these killings, not less. At the same time, it is a documented reality that the most lethal threat to the bodies of Black Americans remains racial disparities in healthcare.

John Ayanian is the director of the Institute for Healthcare Policy and Innovation and is a Professor of Medicine at the University of Michigan. In the October issue of Harvard Business Review, he reports that Black life expectancy in the US remains 3.8 years shorter than white, and that the gap is "largely from Blacks’ higher death rates at younger ages from heart disease, diabetes, and cancer, as well as higher risks for HIV infection, homicide, and infant mortality."

A solution? It is hard to pin down one answer because the entire phenomenon is a reflection of several hundred years of oppression under various forms of white supremacy in the United States. Still, Ayanian takes a stab, citing the 2011 work he did with Cardiologist Richard Allen Williams outlining "five principles for eliminating racial disparities" in the context of healthcare reform:

Among the outcomes that could result from this set of strategies, Ayanian says,   "Optimal control of high blood pressure, blood sugar, obesity, and smoking could further improve life expectancy by 5 to 7 years for African American adults by preventing or postponing deaths from cardiovascular disease, diabetes, and cancer, particularly for those with low incomes in the rural South."

Numerous barriers stand in the way, says Ayanian, including that many African Americans who live in the shadow of the worst of these health disparities live in "states that have opted not to expand Medicaid under the Affordable Care Act, so those with the lowest incomes will continue to experience disparities that could be prevented by better access to effective health care."

Perhaps no healthcare category better indicates the depth of the danger than the state of mental health and access to culturally competent mental health services in Black America. The pervasiveness of the problem and the heightened sense of stigma and denial that is reported looks like deeply internalized oppression and a healthy dose of realism. Could you imagine adding voluntarily adding "mental health problems" to your own list of challenges if you faced what Black Americans do already just trying to find a safe path forward?

The crimes Dr. King pointed to in 1966 when he called  injustice in healthcare "shocking" and "inhuman" continue to kill today. They are hidden in familiar layers of public policy and patterns of disparity in education, housing, employment and environmental safety. A final insult that is also familiar,  is a widely held belief that the healthcare nightmares Black Americans experience are somehow their fault, and their responsibility to reverse. In his "Message to the Concerned White American," which he delivered January 15, 2016 in an address at an MLK commemorative service in Boston, activist and organizer Segun Idowu calls attention to the responsibility white Americans have to reverse the forces that have battered Black Americans for centuries now. "Racial injustice was not created with, institutionalized for, or perpetuated by the minority groups of this nation," says Idowu, "[a]nd so, therefore, it is a problem that must be defeated by the offspring of its authors."

Judging at least by how I hear the messages of leading voices in the struggle, the state of race relations does not appear to be the issue Black Americans most want to talk about. The state of Black American life itself is the priority. Not the right to sit at a lunch counter or be treated fairly in a job interview. The right to

There is much for white Americans to think about when it comes to the enduring presence in our culture of the killing of Black Americans. It happens day after day still, often with impunity and regularly with denial that racism is even a relevant factor or topic. What we really need to do is widen the frame, to include not only the crimes of Ferguson, Charleston and Chicago, but the ongoing and reversible racial disparity in health and healthcare in the United States. It is killing Black people and whites in America have to view the problem systemically rather than narrowing it to a discussion of personal responsibility. We have to hold ourselves collectively responsible because the only alternatives are to pretend the current state of affairs is a mystery, or to blame the victim. Dr. King said disparity in health was a matter of injustice in 1966. What would you call it now?

*This quotation is attributed to remarks Dr. King made at a 1966 meeting in Chicago of the Medical Committee for Human Rights.

Andrew Tarsy is Senior Vice President for Strategy and Business Development for Everseat, Inc. and former President of the Edward Kennedy Institute for United States Senate. Previously he was President of the CEO network, Alliance for Business Leadership. Andy is also a Senior Fellow at UMass Boston's McCormack School of Policy and Global Studies. He is based in Everseat's satellite office in Cambridge, Massachusetts.  This post is his own opinion and not attributable to any organization. It first appeared on my Linked In page on January 17, 2016. 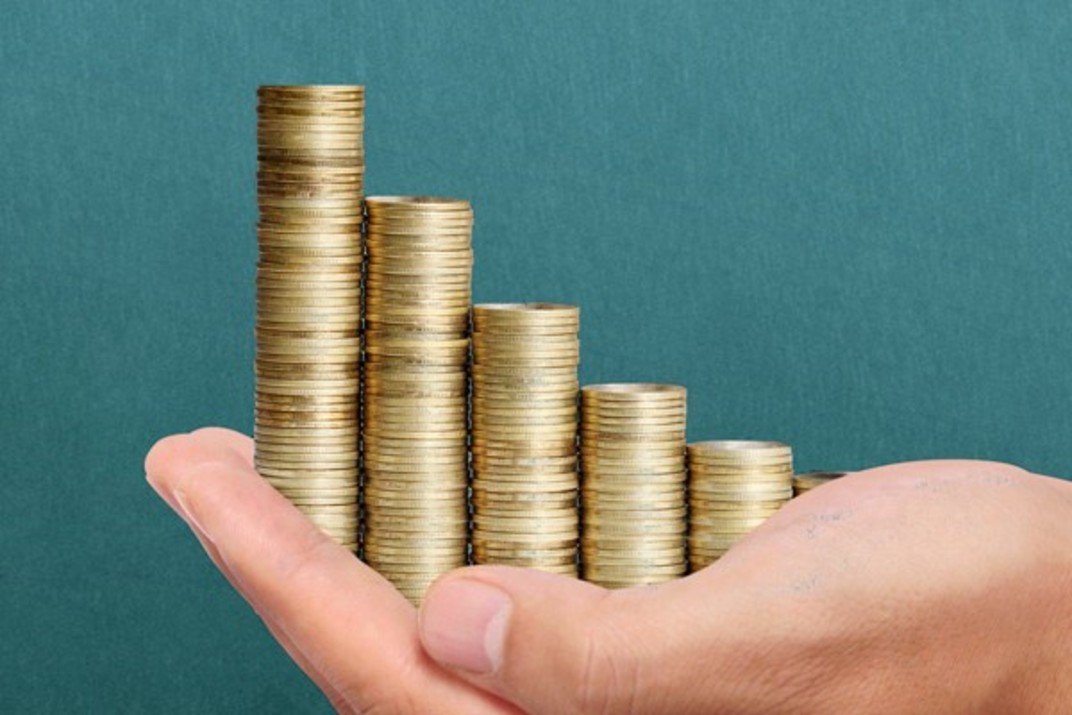 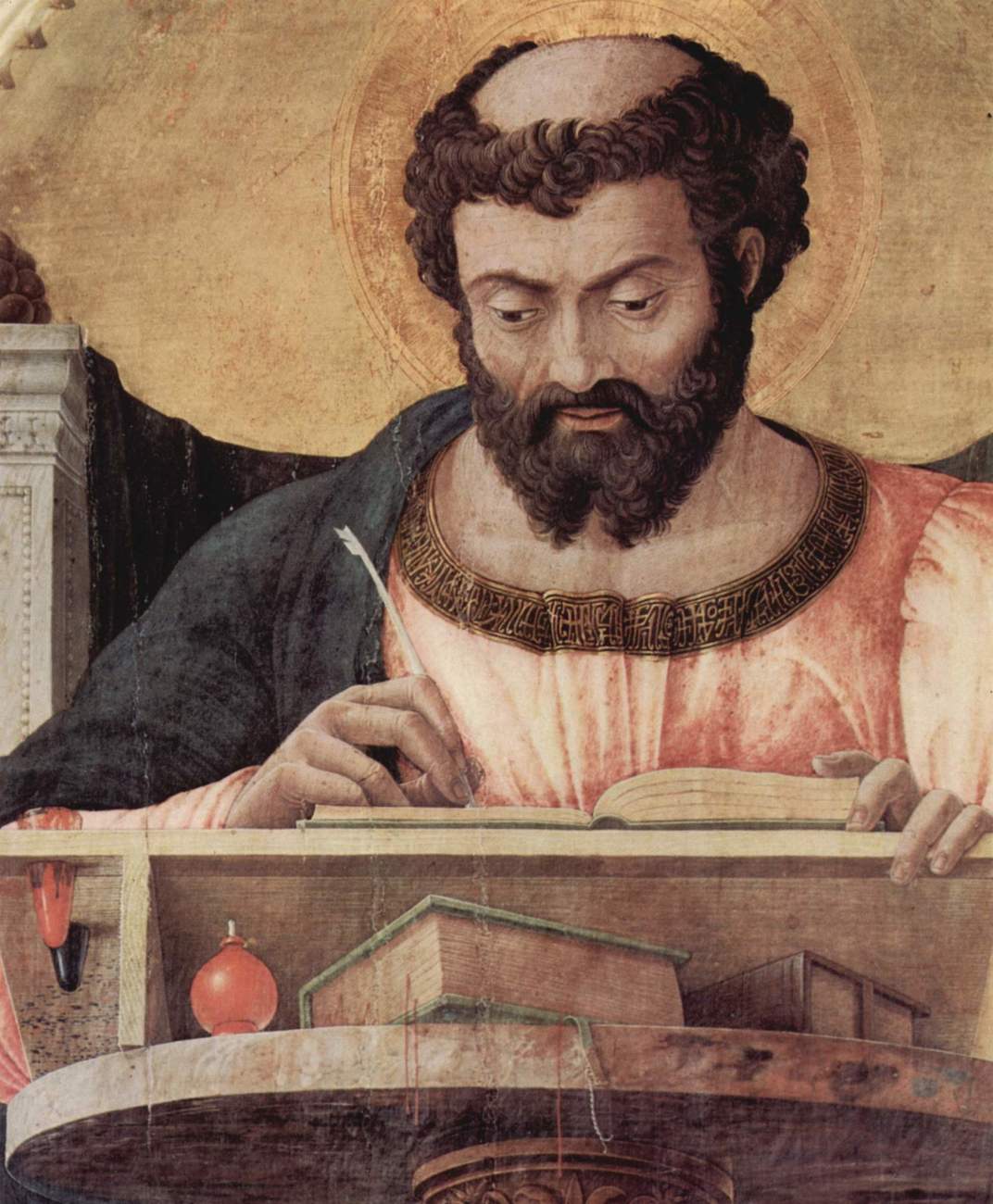 As more and more knowledge about our health is becoming evident, people everywhere are looking at new and innovative ways like Health Evangelism as a means of treatment. Getting a clean bill of health is a challenge for many people these days. For that reason many people are looking at different types of health care options that may stray a bit from the traditional but still give the patient needed relief from their physical problems. This is where new approaches have come in to help gain control of many of the medical issues that many people have to face. What is Health Evangelism? The expression ‘health evangelism’ is defined as an applying of the principles of healthful living in a way that includes physical laws that have been set forth by God to act in our lives. This is simply recognizing that God, as the provider of life, created us to function in a very specific way. Many of the physical health problems that we face are a direct result of going against those inborn laws that he set forth. Health Evangelism is a means of identifying those laws and not only using them within but passing them on to others in an evangelizing work. Benefits of Health Evangelism Your knowledge of the physical laws that he has set in motion have been instrumental in helping to improve a number of major health concerns of many people. For example, just coming to an understanding of your diet and how certain foods were designed to nourish your body can help to improve blood sugar health, cholesterol levels, cardiovascular conditioning, and your immune system among other things. Higher Spiritual Plane As you see how this understanding has had a major impact on the improvement of your health you will reach a point where, you will develop a personal relationship with your creator and the things he’s provided. Your care for your health and physical well-being will not be just taking care of yourself but you will come to view it as a part of your worship to your spiritual benefactor. By doing this, you will have reached a higher spiritual level that you may not have discovered otherwise. We have all been wonderfully made and our appreciation for our creation is a demonstration that we are part of something that extends far beyond our own personal world. Learning the details of Health Evangelism can open our eyes to many of the things unseen from the world around us. For more information, visit http://www.pambrarmd.com/contact.php.
#HealthEconomics
#Diet
#Therapeutics
#Face
#Eye
Enrica
over 6 years ago 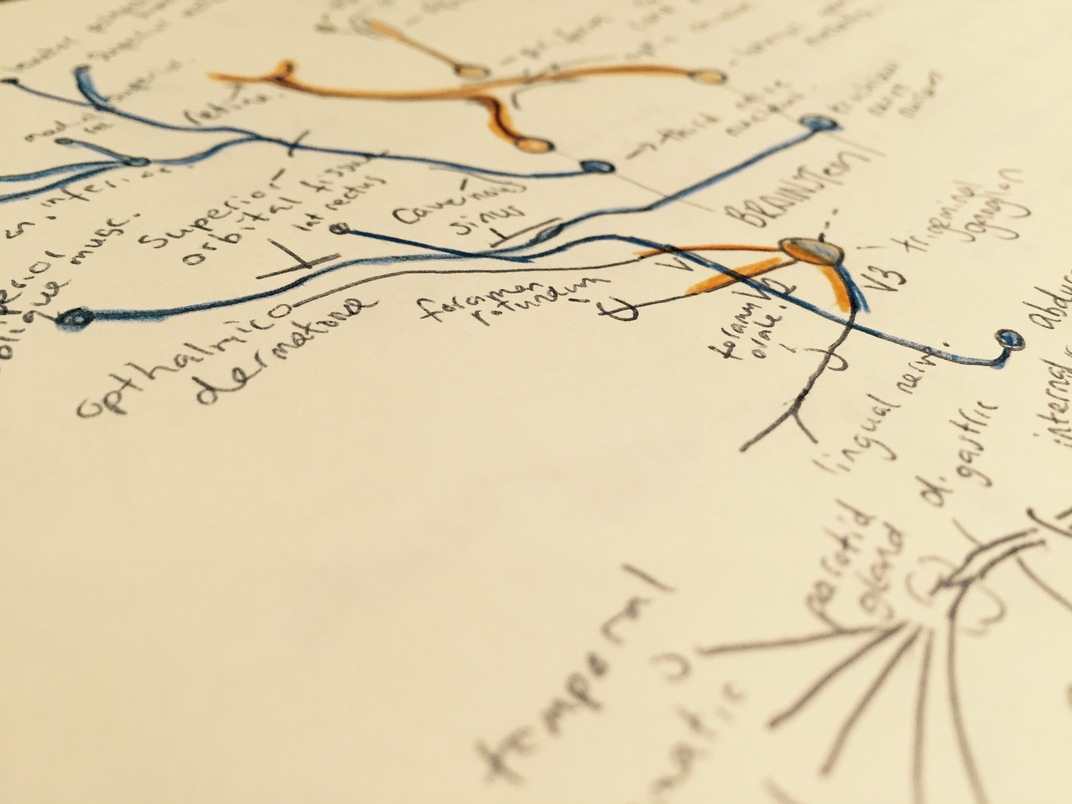 Another Way Down Under

A snapshot of how I ended up starting my "FY3" in Australia teaching anatomy to medical students and the lessons I have learnt along the way. I hope this will help current foundation year trainees consider something a little different...
#Anatomy
#Australia
Dr. Luke Farmery
almost 5 years ago 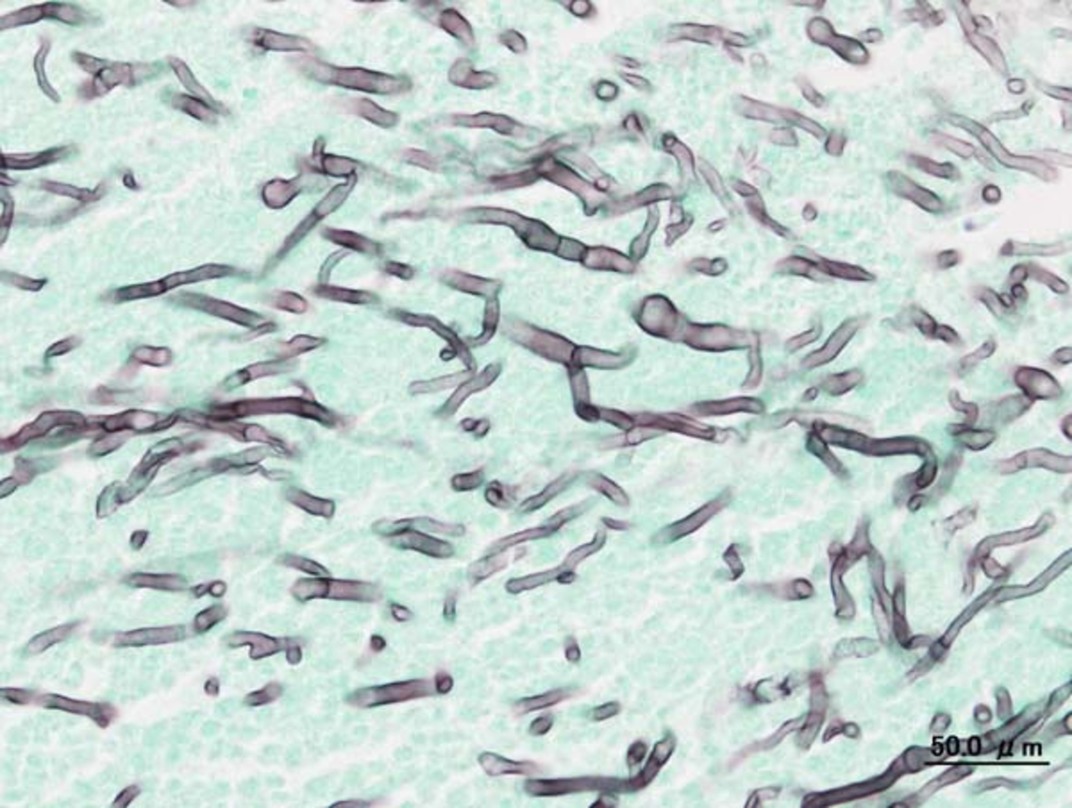 Many may be familiar with aspergillosis as the infecting agent in acute cases where the patient is severely immunocompromised - but there is more to this fungus' repertoire. There are rare cases where the patient's immune system is overwhelmed by a large inhalation of spores e.g. after gardening, but these are insignificant in terms of total numbers effected. The following are far more common:- Aspergillus and other fungi are increasingly identified as the active agent in sinusitis - if you have cases that don't respond to antibiotics this is worth thinking about. Chronic pulmonary aspergillosis (CPA & aspergilloma) is an infection of immunocompetent people, causing respiratory difficulty, coughing and haemoptysis. The UK NHS has a specialist centre for these patients In Manchester (National Aspergillosis Centre (NAC)). NAC has particular expertise and extensive facilities for the diagnosis of CPA, ABPA, SAFS and use of systemic antifungal drugs. Allergic infection (Allergic Bronchopulmonary Aspergillosis - ABPA and chronic sinusitis) is thought to be heavily underdiagnosed and undertreated. ABPA is particularly common in Asthma, Cystic Fibrosis patients and those with bronchiectasis. There is estimated to be 25 000 cases in the UK alone. Many (50%) of the most severe asthma cases are sensitive to fungi (SAFS) - in particular Aspergillus. These tend to be the most unstable cases that don't respond to antibiotics and several studies have been published that show giving an antifungal helps reduce the use of steroids for these patients. Last but not least - Tuberculosis is on the rise in the UK and the rest of the world. It is estimated that 2% of cases progress to CPA and should be treated using an antifungal - this is usually not done until considerable time has passed and much damage has been done. In total it is estimated that many millions of people across the world suffer from aspergillus - ABPA - 5 million, Tb - 400 000 per year and Asthma (SAFS - 1 - 4 million cases in EU & US). Sinusitis cases may number many tens of millions worldwide. So - the next time you assume aspergillus infections and aspergillosis are rare and confined to those who are profoundly immunocompromised - think again! If you have a patient who has increasingly severe respiratory symptoms, doesn't respond to multiple courses of antibiotics then give aspergillus a thought. Browse around these articles for further information Aspergillus Website Treatment Section. NB For a broader look at the prevalence of fungal diseases worldwide the new charity Leading International Fungal Education (LIFE) website is worth looking at.
#Dermatology
#ENT
#Immunology
#Respiratory
#PulmonaryMedicine
#AllergyAndImmunology
#Fungi
#Infection
Graham Atherton
over 7 years ago