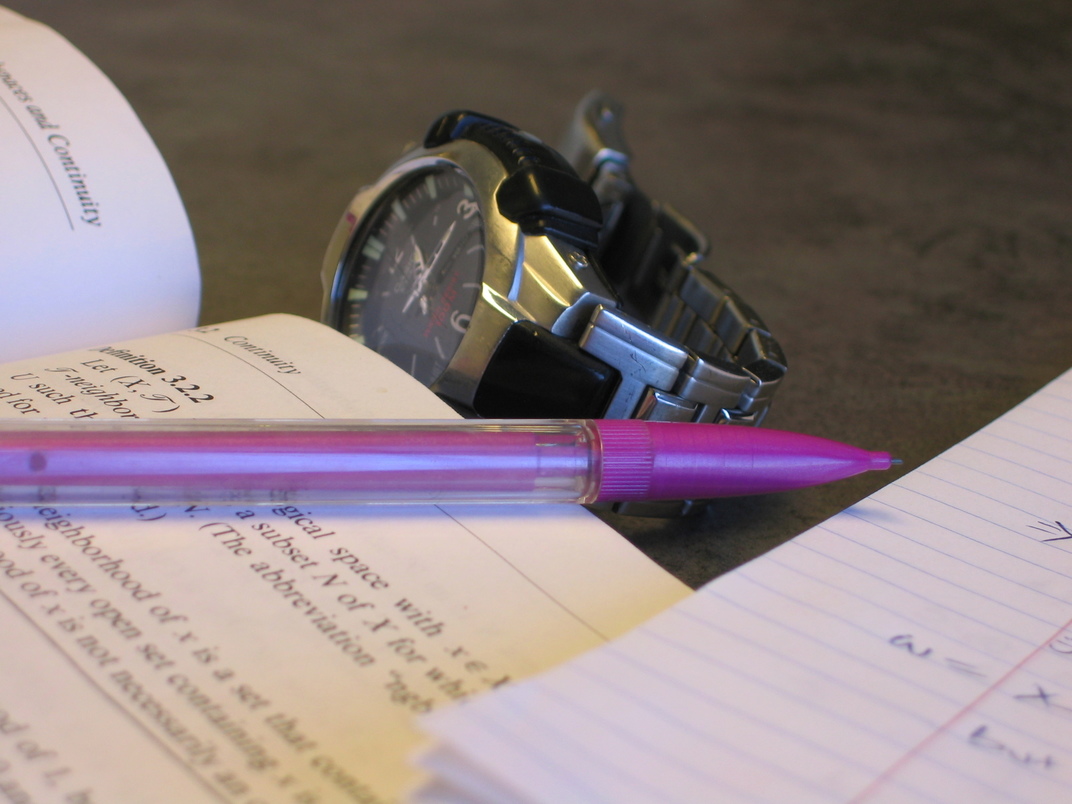 This month’s case is by David R Bell PhD, co-author of Medical Physiology: Principles for Clinical Medicine, 3e (ISBN: 9781451110395) For more information, or to purchase your copy, visit: http://tiny.cc/Rhoades4e, with 15% off using the discount code: MEDUCATION.

The case below is followed by a quiz question, allowing you a choice of diagnoses. Select the one letter section that best describes the patient’s condition.

A 28-year old woman has an unremarkable pregnancy through her first 28 weeks of gestation, with normal weight gain and no serious complications. She has no previous history of diabetes, hypertension of other systemic disease before or during her current pregnancy. During her 30-week checkup, her blood pressure measures 128/85, and she complains about feeling slightly more “bloated” than usual with swelling in her legs that seems to get more uncomfortable as the day goes on. Her obsterician recommends that she get more bed rest, stay off her feet as much as possible and return for evaluation in one week.

At the one-week follow-up, the patient presents with noticable”puffiness” in her face, and a blood pressure of 145/95. She complains she has been developing headaches, sporadic blurred vision, right-sided discomfort and some shortness of breath. She has gained more than 10 lb (4.5kg) in the past week. A urinalysis on the patient revelas no glucose but a 3+ reading for protein. Her obstetrician decides to admit her immediately to a local tertiary care hospital for further evaluation. Over the next 24 hours, the patient’s urine output is recorded as 500mL and contains 6.8 grams of protein.

It is decided to try to deliver the foetus. The expelled placenta is small and shows signs of widespread ischmic damage. Within a week of delivery, the mother’s blood pressure returns to normal, and her oedema subsides. One month later, the mother shows no ill effects of thos later-term syndrome.

What is the clinical diagnosis of this patient’s condition and its underlying pathophysiology?

The correct answer is "B. Preeclampsia".

The patient’s symptoms and laboratory findings are consistent with a diagnosis of Preeclampsia, which is a condition occurring in some pregnancies that causes life-threatening organ and whole body regulatory malfunctions. The patient’s negative urine glucose is inconsistent with gestational diabetes. Gestational hypertension or vena caval compression cannot explain all of the patient findings. The patient has three major abnormal findings- generalised oedema, hypertension and proteinuria which are all common in preeclampsia. Although sequalae of a normal pregnancy can include water and salt retention, bloating, modest hypertension and leg swelling (secondary to capillary fluid loss from increased lower limb capillary hydrostatic pressure due to compression of the inferior vena cava by the growing foetus/uterus), oedema in the head and upper extremities, a rapid 10 pound weight gain and shortness of breath suggests a generalized and serious oedematous state. The patient did not have hypertension before or within 20 weeks gestation (primary hypertension) and did not develop hypertension after the 20th week of pregnancy with no other abnormal findings (gestational hypertension). Hypertension with proteinuria occurring beyond the 20th week of pregnancy however is a hallmark of preeclampsia. In addition, the patient has hemolysis (elevated bilirubin and LDH levels), elevated liver enzyme levels and thrombocytopenia. This is called the HELLP syndrome (HELLP = Hemolysis, Elevated Liver enzymes and Low Platelets.), and is considered evidence of serious patient deterioration in preeclampsia.

A urine output of 500 ml in 24 hours is 1/2 to 1/4 of normal output in a hydrated female and indicates renal insufficiency. Protein should never be found in the urine and indicates loss of capillaries integrity in glomeruli which normally are not permeable to proteins. The patient has substantial 24 urine protein loss and hypoalbuminemia. However, generally plasma albumin levels must drop below 2.5 gm/dl to decrease plasma oncotic pressure enough to cause general oedema. The patient’s total urinary protein loss was insufficient in this regard. Capillary hyperpermeability occurs with preeclampsia and, along with hypertension, could facilitate capillary water efflux and generalized oedema. However myogenic constriction of pre-capillary arterioles could reduce the effect of high blood pressure on capillary water efflux. An early increase in hematocrit in this patient suggests hemoconcentration which could be caused by capillary fluid loss but the patient’s value of 48 is unremarkable and of little diagnostic value because increased hematocrit occurs in both preeclampsia and normal pregnancy.

PGI2, PGE2 and NO, produced during normal pregnancy, cause vasorelaxation and luminal expansion of uterine arteries, which supports placental blood flow and development. Current theory suggests that over production of endothelin, thromboxane and oxygen radicals in preeclampsia antagonize vasorelaxation while stimulating platelet aggregation, microthrombi formation and endothelial destruction. These could cause oedema, hypertension, renal/hepatic deterioration and placental ischemia with release of vasotoxic factors. The patient’s right-sided pain is consistent with liver pathology (secondary to hepatic DIC or oedematous distention).

Severe hypertension in preeclampsia can lead to maternal end organ damage, stroke, and death. Oedematous distension of the liver can cause hepatic rupture and internal hemorrhagic shock. Having this patient carry the baby to term markedly risks the life of the mother and is not considered current acceptable clinical practice. Delivery of the foetus and termination of the pregnancy is the only certain way to end preeclampsia.

For more information, or to purchase your copy, visit: http://tiny.cc/Rhoades4e.

Save 15% (and get free P&P) on this, and a whole host of other LWW titles at (lww.co.uk)[http://lww.co.uk] when you use the code MEDUCATION when you check out!

Lippincott Williams and Wilkins (LWW) is a leading publisher of high-quality content for students and practitioners in medical and related fields. Their text and review products, eBooks, mobile apps and online solutions support students, educators, and instiutions throughout the professional’s career. LWW are proud to partner with Meducation. 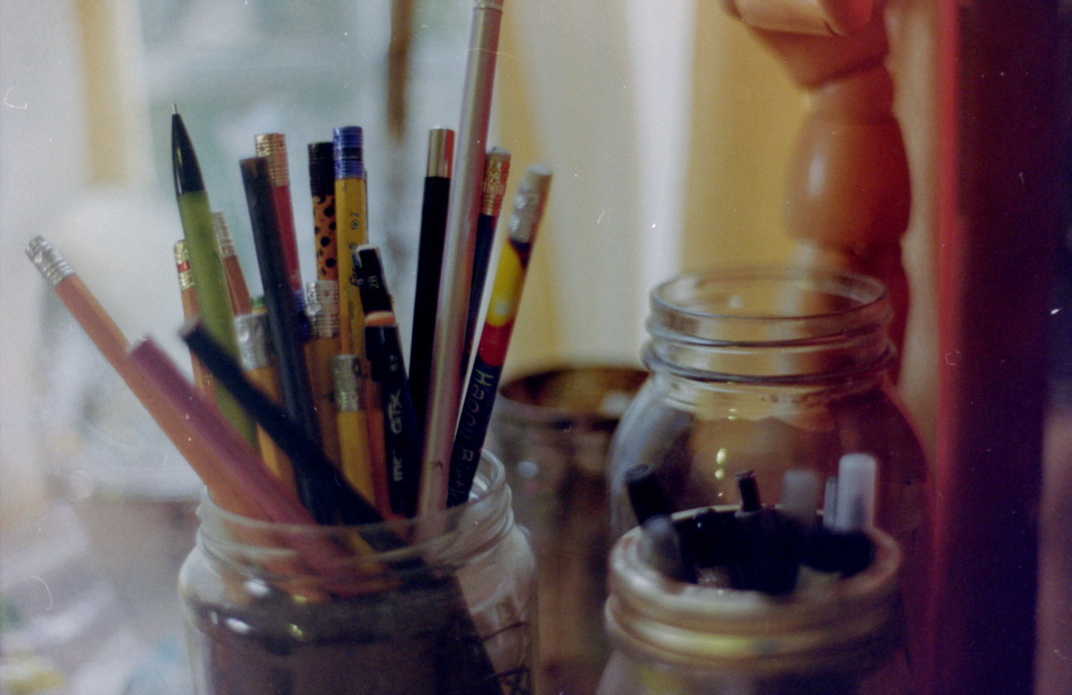 Introduction Hello and welcome. If you are one of the few who have been following my blog since last year then you may be aware of a certain promise that has yet to be fulfilled... That promise is of a new set of schematic images similar to my Arterial Schematic that seems to have gained some popularity on Meducation. The truth of the matter is that I have actually been working on a separate project since finishing my finals. This separate project has involved making the website and doing some of the design work for 'Anatomy For Life,' an exciting medically-related charity art auction and exhibition. The event is due to be held in Brighton (venue TBC) during National Transplant week (8-14th July) to help raise money for organ donation and body donation via the charity; 'Live Life Then Give Life'. Where you come in... The exciting thing about the Anatomy For Life (AFL) art auction is that we are looking for everyone and anyone to donate. It doesn't matter if you get usually get paid £1,000 per drawing or if you haven't picked up a paintbrush since school. Each and every donation will be displayed on a level playing field, giving the unique opportunity for amateurs to pitch up against the professional medical illustrators out there and vice versa! As long as the artwork donated fits the criteria below you have free reign: Artwork submitted must be (at least loosely) associated with the 'Anatomy' theme. Artwork submitted must be on roughly A6 card (4"x6"). The AFL team recommend a paper weight of 250gsm or above. Create your artwork using any art media you choose on/with the A6 card. Sign the BACK of your masterpiece, but not the front* Donations should be received by the 17th June 2013 *The AFL team will be exhibiting the art work shown and running the auction anonymously. Artists will not be attributed to their donations until after the event via our online gallery. Once you have completed you artwork(s) you should fill out our downloadable information form and provide us with your name, a short bio about you and what inspired your donated artwork. You can also let us know if you want the AFL team to e-mail you a certificate in recognition of your contribution! Some Context... Organ donation is the act of donating ones organs or tissues to help save someone else's life after your own passing. One person can donate enough organs to save several peoples lives, which in the minds of many is a truly admirable feat! Body donation usually refers to the act of donating ones own body to medical education, so that students may continue to learn the real-life anatomy that forms part of becoming a competent doctor or surgeon. Organ donation is currently on the rise in the U.K thanks to the fantastic work of the Organ Donor Register and the charities that support organ donation such as 'Live Life Then Give Life'. However, the U.K still has one of the highest family-refusal rates in Europe for organ donation. It is hoped that by raising awareness of the benefits of organ donation this refusal rate can be reduced either by more people being registered organ donors or by families having more access to information about the topic. We really want to hear from you... If you have something you think might benefit our project please do let us know! Go To Our Main Website Donate Artwork to Us! Tweet to Us on Twitter Like Us on Facebook Thats all folks, LARF
#Anatomy
#HealthEconomics
#Blog
#Education
#Tissues
#Transplants
Dr. Luke Farmery
almost 7 years ago 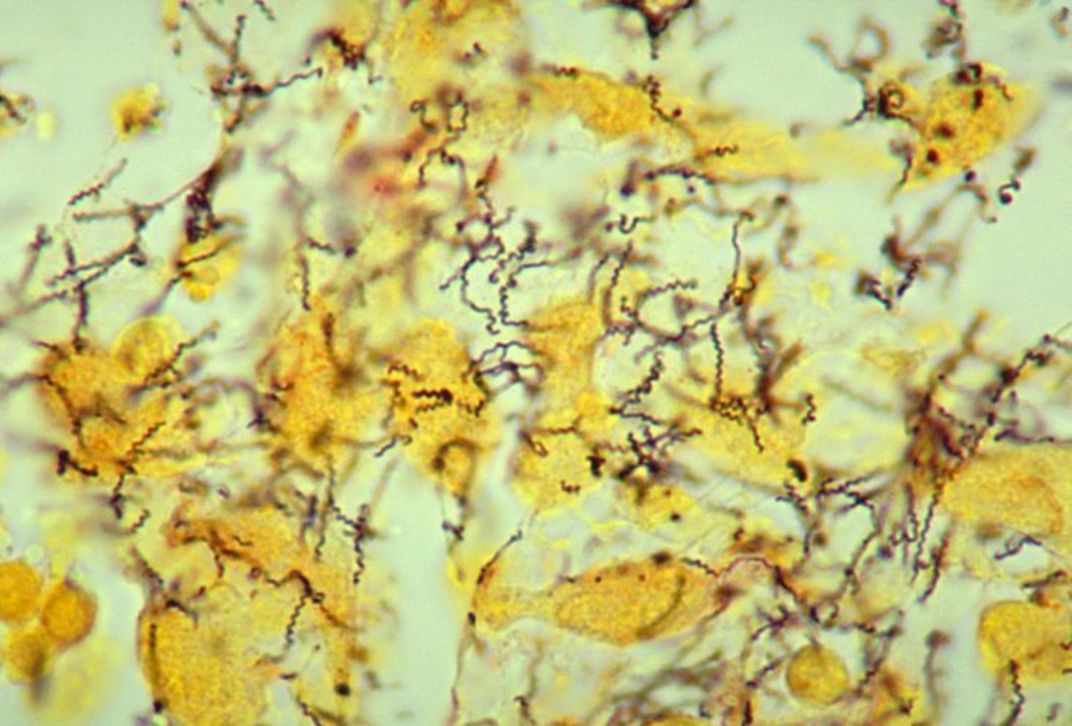 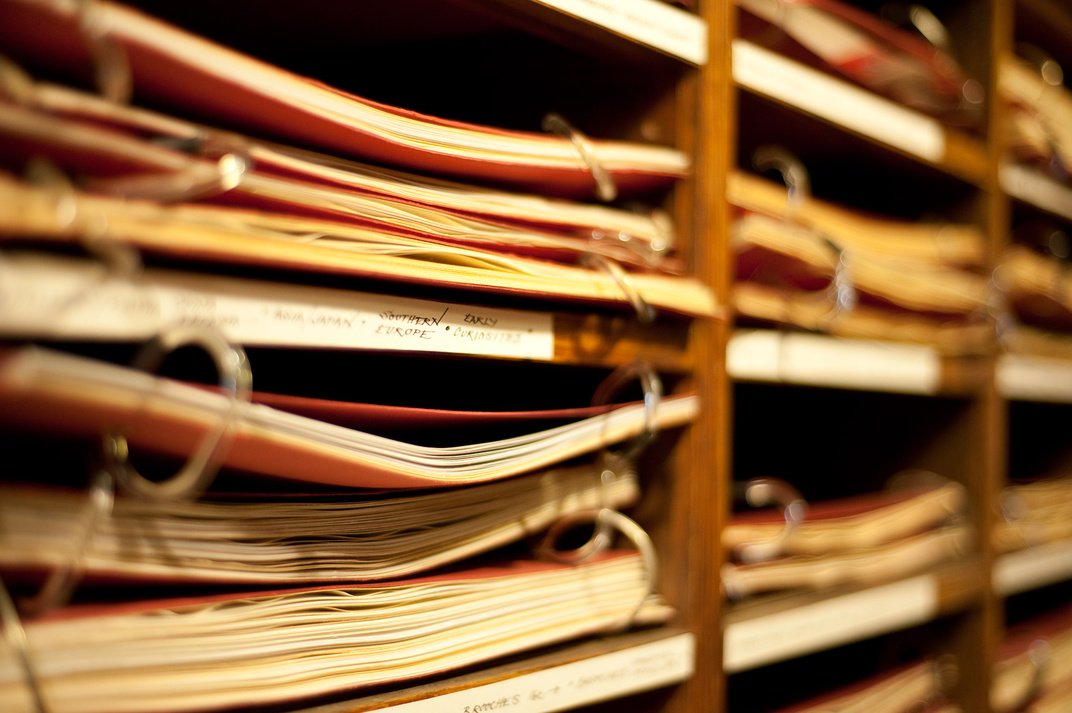 A review of 'Research Skills for Medical Students'.

This is a review of 'Research Skills for Medical Students' 1st Edition (Allen, AK – 2012 Sage: London ISBN 9780857256010) Themes – Research Skills, Critical Analysis Medical Students Thesis – Research and critical analysis are important skills as highlighted by Tomorrow’s Doctors Detailed Review Allen, drawing on many years’ experience as a researcher and lecturer in the Institute of Education, at Cardiff University has bridged the gap in Research methodology literature targeted at medical students. Pushing away from comparative texts somewhat dry and unengaging tones, this book encourages student interaction, empowering the student from start to finish. Not so much a book as a helpful hand guiding the student through the pitfalls and benefits of research and critical analysis from start to finish. Part of the Learning Matters Medical Education series, in which each book relates to an outcome of Tomorrow’s Doctors, this book is written from the a lecturers standpoint, guiding students through making sense of research, judging research quality, how to carry out research personally, writing research articles and how to get writings published. All of these are now imperative skills in what is a very competitive medical employment market. This concise book, through its clarity, forcefulness, correct and direct use of potentially new words to the reader, Allen manages to fully develop the books objectives, using expert narrative skills. With Allen’s interest in Global health, it is little wonder why this books exposition is clear and impartial, Allen consistently refers back to the Tomorrows doctors guidelines at the beginning of each chapter, enabling students to link the purpose of that chapter to the grander scheme. This enables Allen to argue the relevance of each chapter to the student before they have disregarded it. Openly declared as a book aimed at medical students (and Foundation trainees where appropriate) the authors style remains formal, but with parent like undertones. It is written to encapsulate and involve the student reader personally, with Allen frequently using ‘you’ as if directly speaking to the reader, and useful and appropriate activities that engage the reader in the research process, in an easy to use student friendly format. This book is an excellent guide for all undergraduate health students, not limited to medical students, and I thank Ann K Allen for imparting her knowledge in such a useful and interactive way.' This was original published on medical educator.
#MedicalStudents
#MedEd
#Review
#Hand
#Research
#Education
Thomas Lemon
about 7 years ago 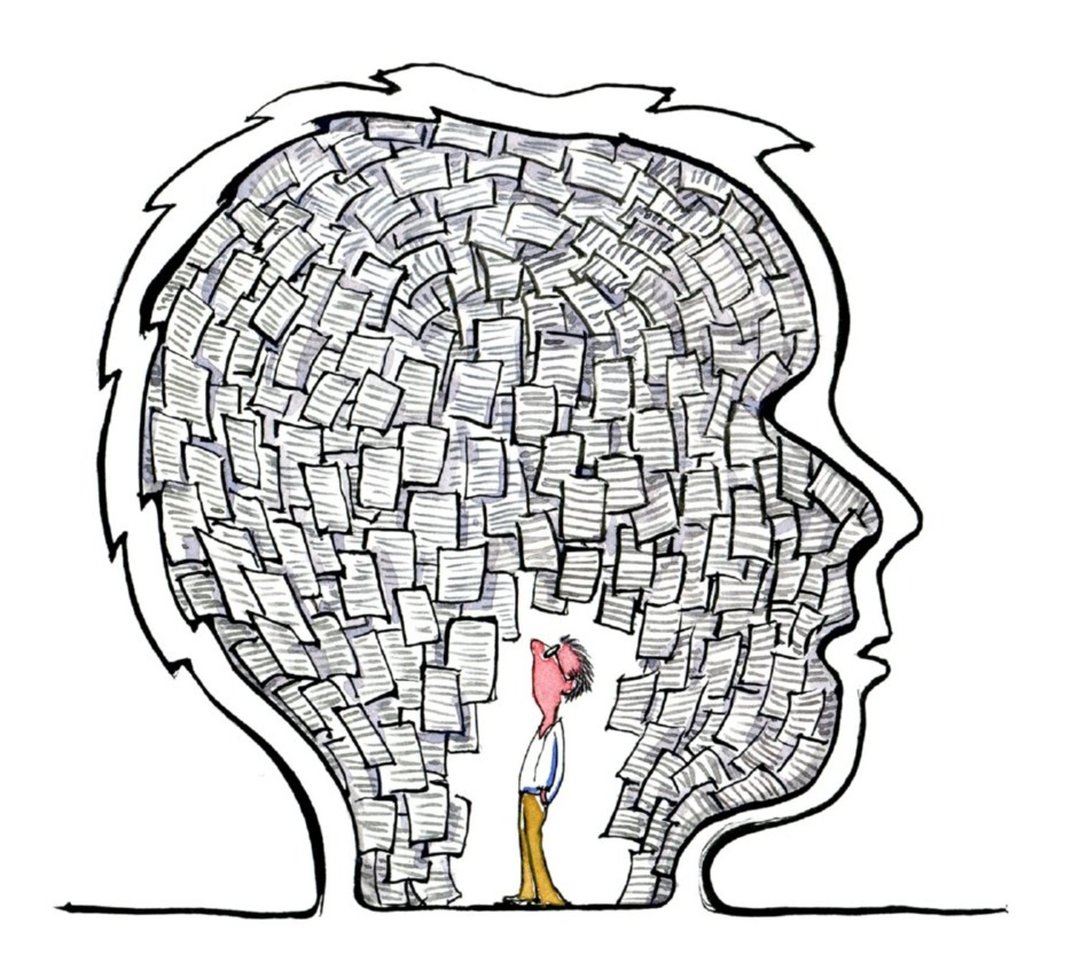 The Medical Book Warzone... Which book is best?